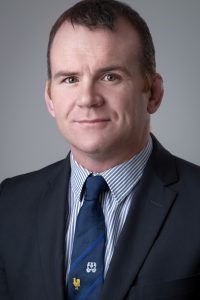 Of Scottish origin, fluent in French-English, Philip Fitzgerald obtained an LL.B Hons in Scots Law at the University of Edinburgh, before continuing his studies in France.

Philip FITZGERALD has a doctorate in public law. His thesis, prepared under the direction of Professor Max Gounelle, is entitled “International normative framework combating the corruption of foreign public officials“.

After the doctorate, Philip FITZGERALD continued his legal training at the Regional Bar school in Marseille, where he obtained his certificate of aptitude for the Legal Profession (CAPA), finishing first. A former professional athlete, Philip Fitzgerald played for the Toulon Rugby Club for eleven consecutive seasons.